A Steady Habit of Segregation 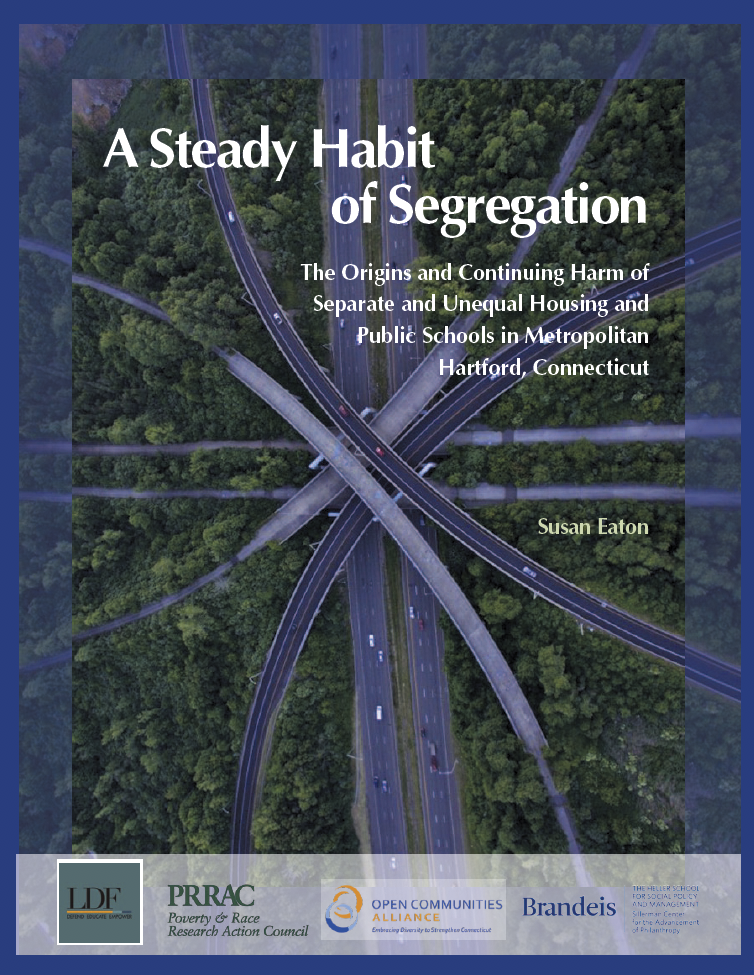 Open Communities Alliance along with the NAACP Legal Defense and Educational Fund, the Poverty & Race Research Action Council (PRRAC), and the Sillerman Center for the Advancement of Philanthropy at Brandeis University, released “A Steady Habit of Segregation: The Origins and Continuing Harm of Separate and Unequal Housing and Public Schools in Metropolitan Hartford, Connecticut,” a report that examines Connecticut’s history of segregation in education and housing throughout the state.

The report, which highlights enduring conditions of racial and ethnic segregation in schools and housing, notes that segregation in the capitol city has been rooted in historical and contemporary racial discrimination practices and policies that exacted disparate harm on Black and Latinx people. It notes that school segregation both reflects and reinforces segregation in housing that was created, sustained, and exacerbated over decades.

A Steady Habit highlights the roles government and other actors have played in creating and cementing segregation while examining the consequences of the condition of racial and ethnic separation. The report offers a total of six recommendations that, if implemented, will address the driving forces of segregation in the Hartford Metro area. The recommendations call for solutions to issues in multiple sectors, including housing, education, health, and economic development.