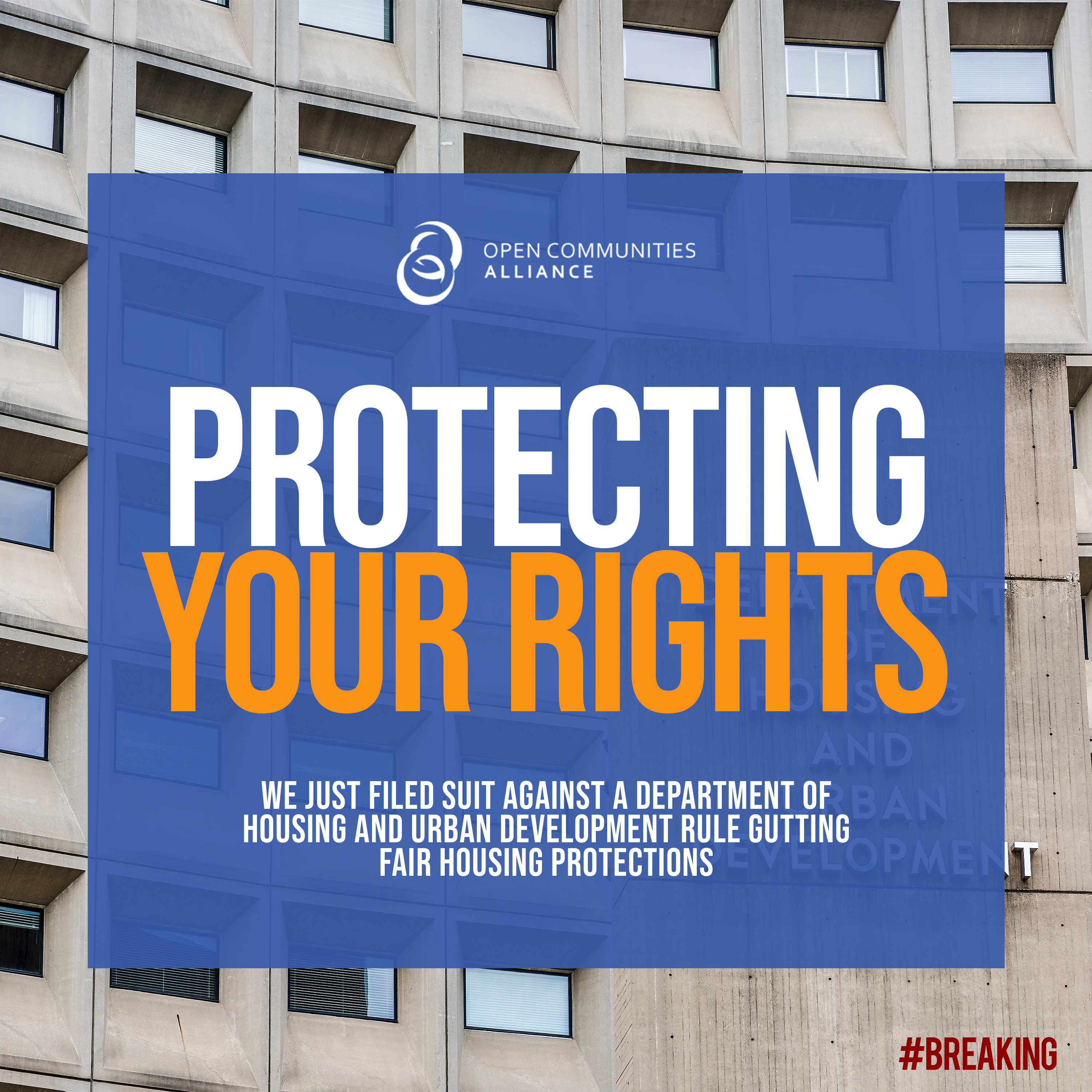 On October 22nd, 2020, Hartford-based civil rights organization Open Communities Alliance, in partnership with SouthCoast Fair Housing of Massachusetts and Rhode Island, filed a federal lawsuit against the U.S. Department of Housing and Urban Development to challenge its rollback of critical protections under the Fair Housing Act. The lawsuit seeks to invalidate a new HUD regulation that guts the long-established legal framework for “disparate impact” claims, which have helped dismantle systemic barriers to fair housing for decades.

The existing disparate impact framework, grounded in decades of court precedent and codified in 2013 by HUD, is crucial for guaranteeing equal access to housing in the United States.  It requires housing providers, financial institutions, municipalities, and other corporations to eliminate policies that appear neutral but disproportionately limit housing opportunities for marginalized and vulnerable communities, including people of color, people with disabilities, families with children, and survivors of domestic violence. The Trump Administration’s new HUD rule, which goes into effect on Monday, October 26, substantially rolls back these protections by creating unnecessary barriers for victims of housing discrimination attempting to prove claims against discriminatory housing practices.

This suit was filed in the U.S. District Court for the District of Connecticut.